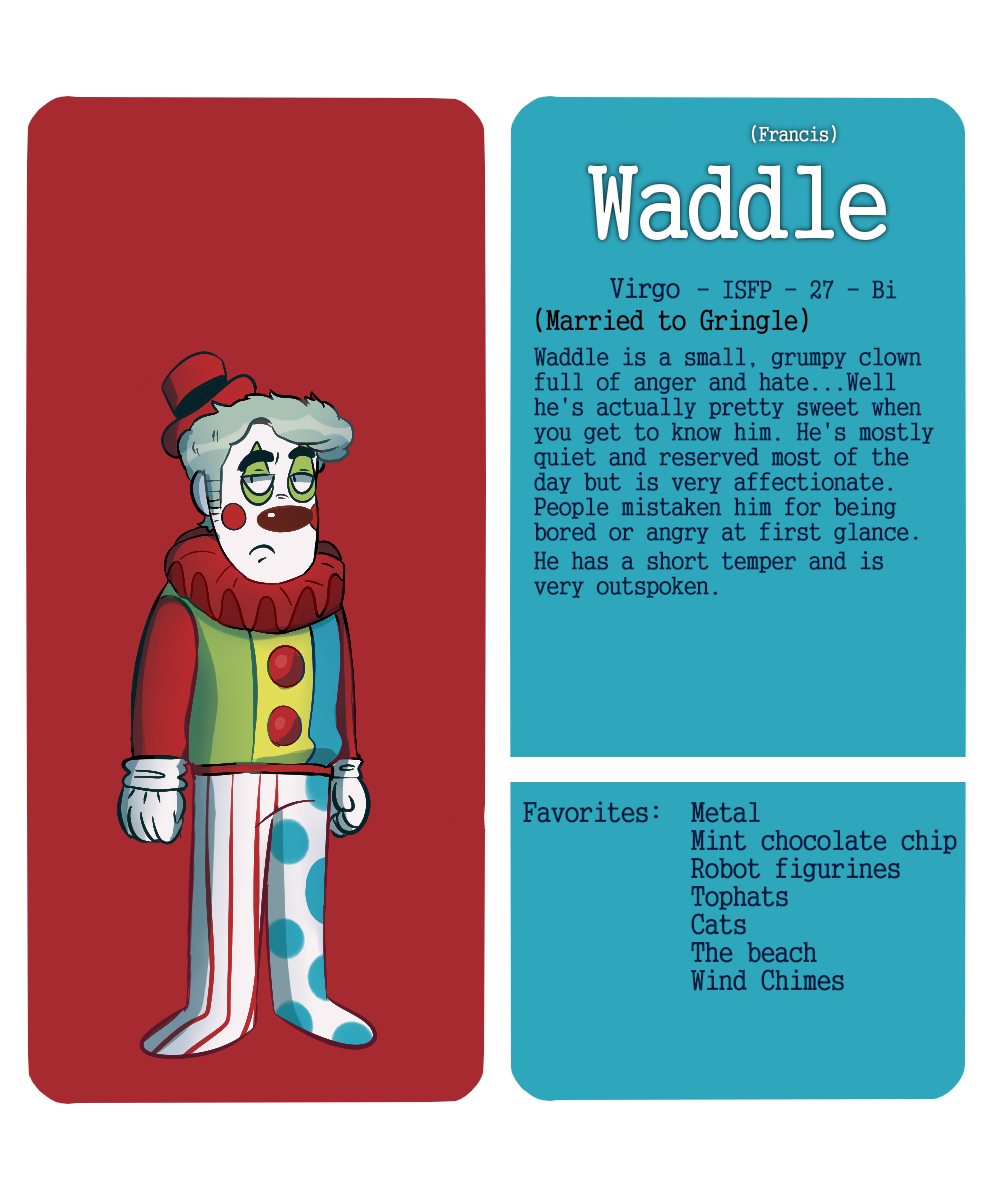 Ever since he was 16, Waddle had been living with his aunt and uncle. Waddle had trouble adjusting to his new environment as a teen since he came from the big city, but there, he met Gringle who helped him get acclimated to his new home and became very close.

He met Gringle again, 8 years later, and he, understandably, did not recognize him... at all. He was cold to Gringle at first, but after warming up to him and seeing him as more than some dumb, annoying clown, he fell in love (again). Thanks to Gringle, He tried to be a nicer person and be more open-minded. Later, upon discovering who Gringle was, they both patched up their issues between one another.