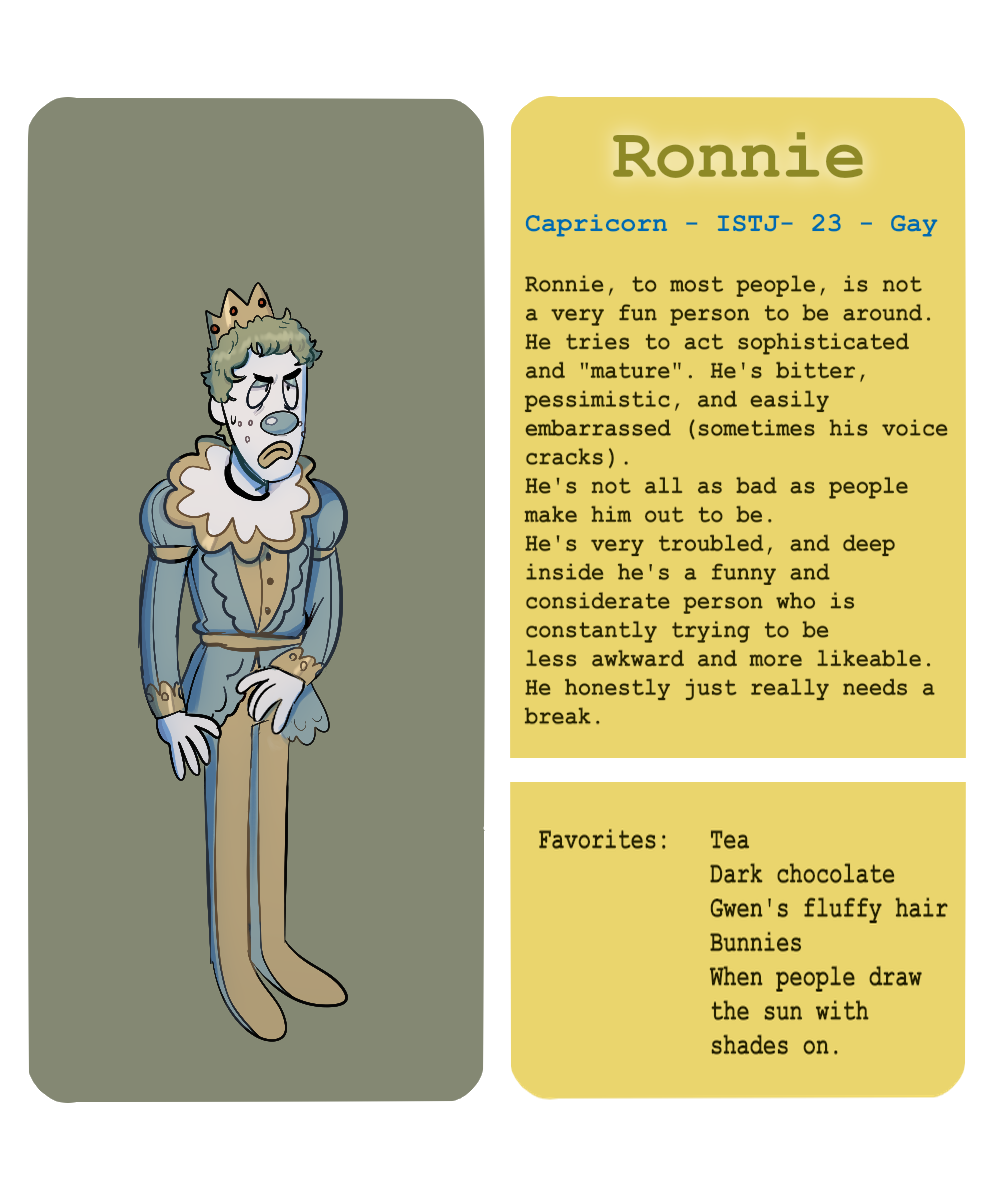 Maybe not much of a backstory but oh well
Ronnie as a young boy was very energetic and curious which differs a LOT from how he is now. During his childhood his parents were always working and they never really gotten along either. He then started living with his father who did not treat him like a son, rather an acquaintance.
Ronnie became sick of how his father was treating him and when he turned 19, he and his best friend Gwen planned to go away from their hometown. Ronnie struggled immensely with his anxiety, his confidence, and appearance. He'd often stay home because he felt as if no one would want to see him. Sometimes, he'd say he was "Too ugly" to go outside.
Gringle finds Ronnie and greets him enthusiastically especially since Ronnie was a new face and even invites him to join his circus. Ronnie actually never said yes to this, but decided to anyway since he basically had no say in it. So now. He's in a circus. and has no idea what's going on.