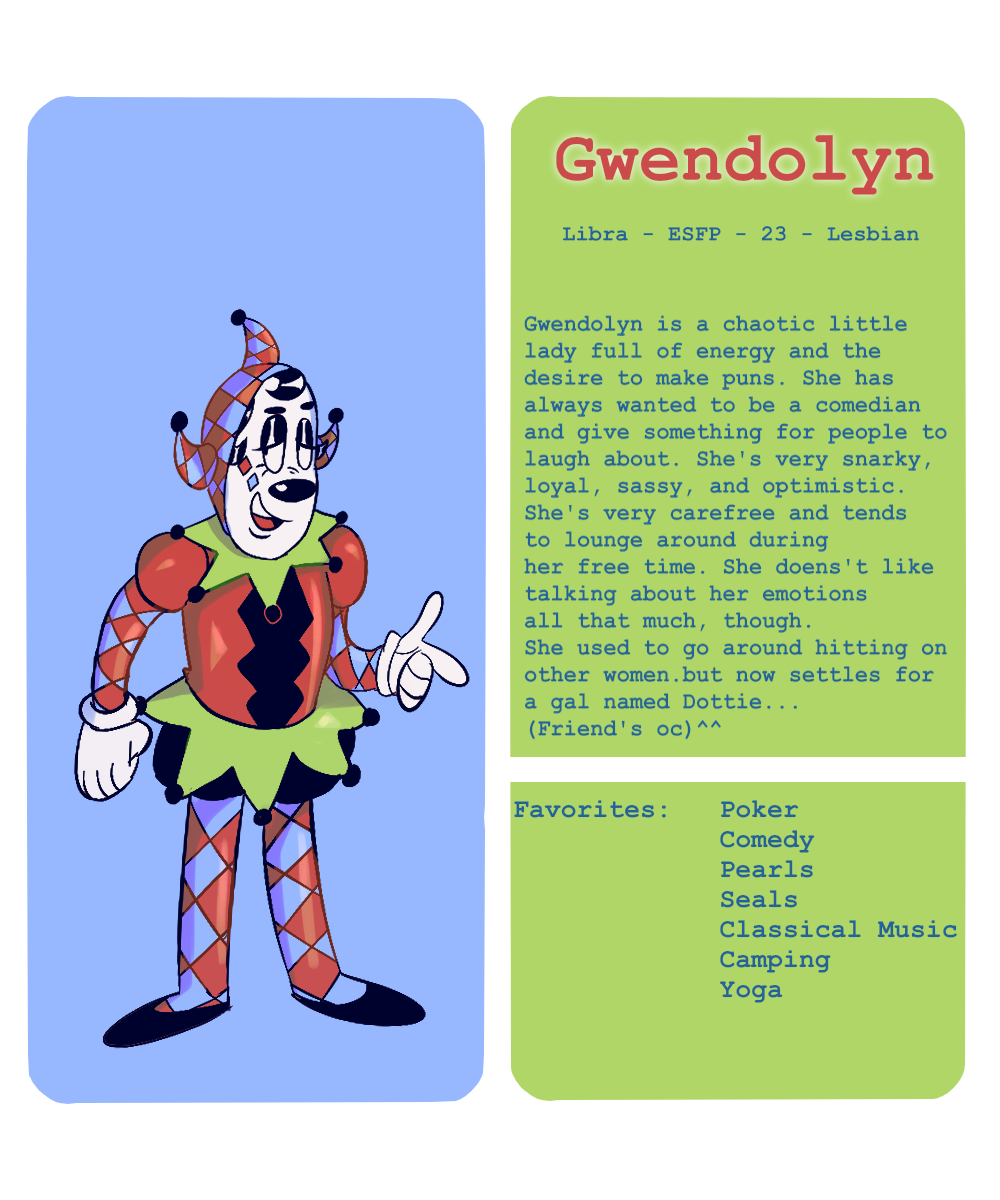 Gwen lived in a family of business. Her father was a successful busniessman who worked for Ronnie's father and ever so often Gwen and Ronnie would hang out together, talking about how boring business is and how they want to run away. Gwen never realized how badly Ronnie's father treated him and she tried to give him the best emotional support she could give him.

In her late teens, she would go around dating other women, but none of the relationships ever worked out. Eventually, Ronnie decided to ask Gwen if she was available to move in with him. Somewhere away from all of the family strife. She agreed. and they became roomates.

After Ronnie was "forced" to join the circus, Gwen saw a chance for people to hear her stand-up comedy and decided to take it to her advantage. There, she told stories about her life and her entertaining experiences.