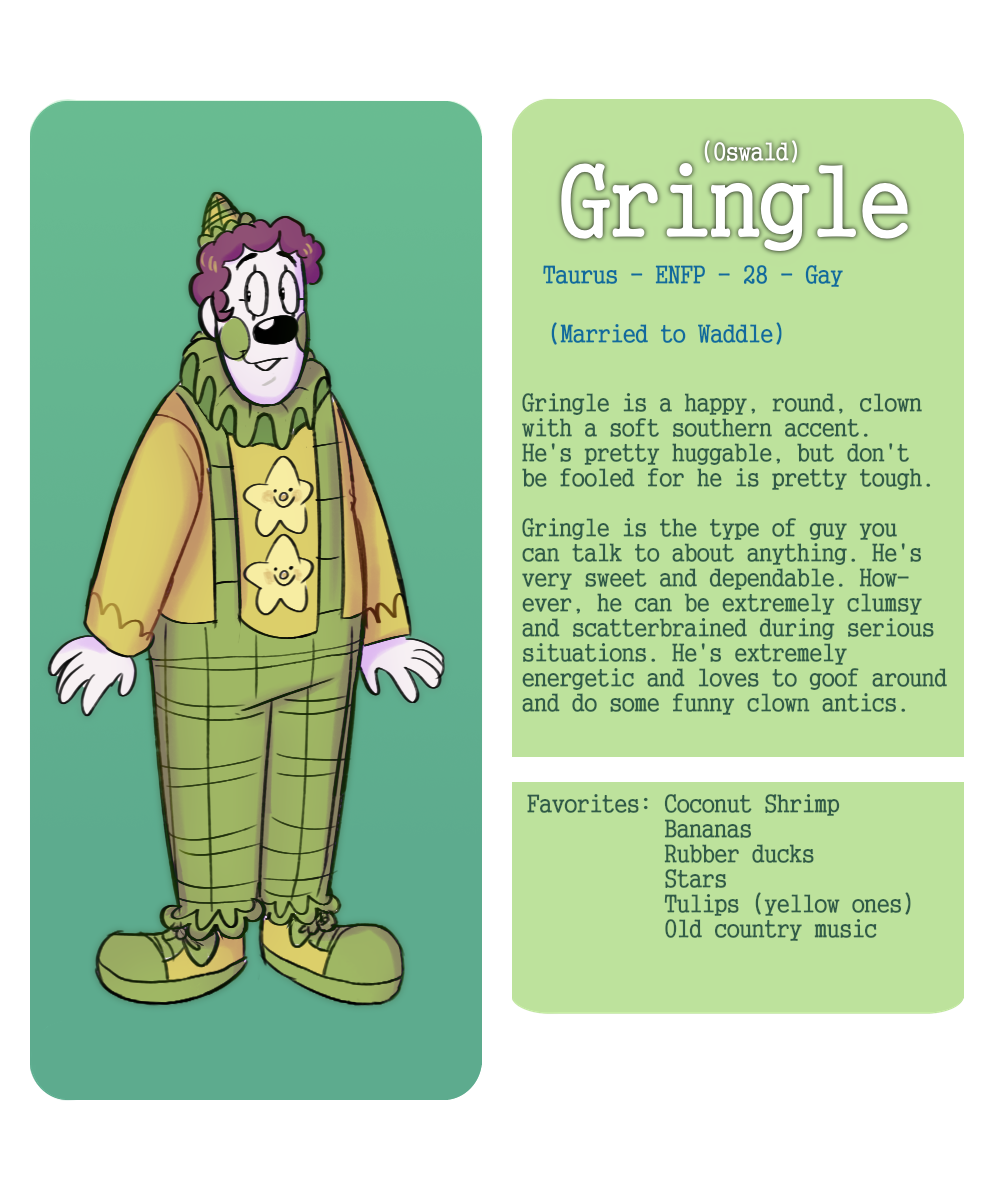 Gringle (Oswald) didn't have many friends growing up. He suffered through a lot of bullying, but is sister, Olive, however, gave him company. She protected him and cared for him. He never really had anyone else. (His mom and dad weren't the most supportive people, unfortunately.)

Even when being literally the nicest guy in his town, people still harrassed him. He always stayed positive however, and always dreamed of doing something to make people laugh and smile. and after a rough moment (and AWFUL misunderstanding) he decided it was finally time to go find a place for himself where he could belong. This led him to where he lives now! He met Waddle, Allochka, and all of his others friends there. Now he can make everyone laugh like he always wanted. He still never made up with his parents. Who knows when he'll talk to them again.

He's honestly just a sweet man who doesn't deserve all the awful things he went through.