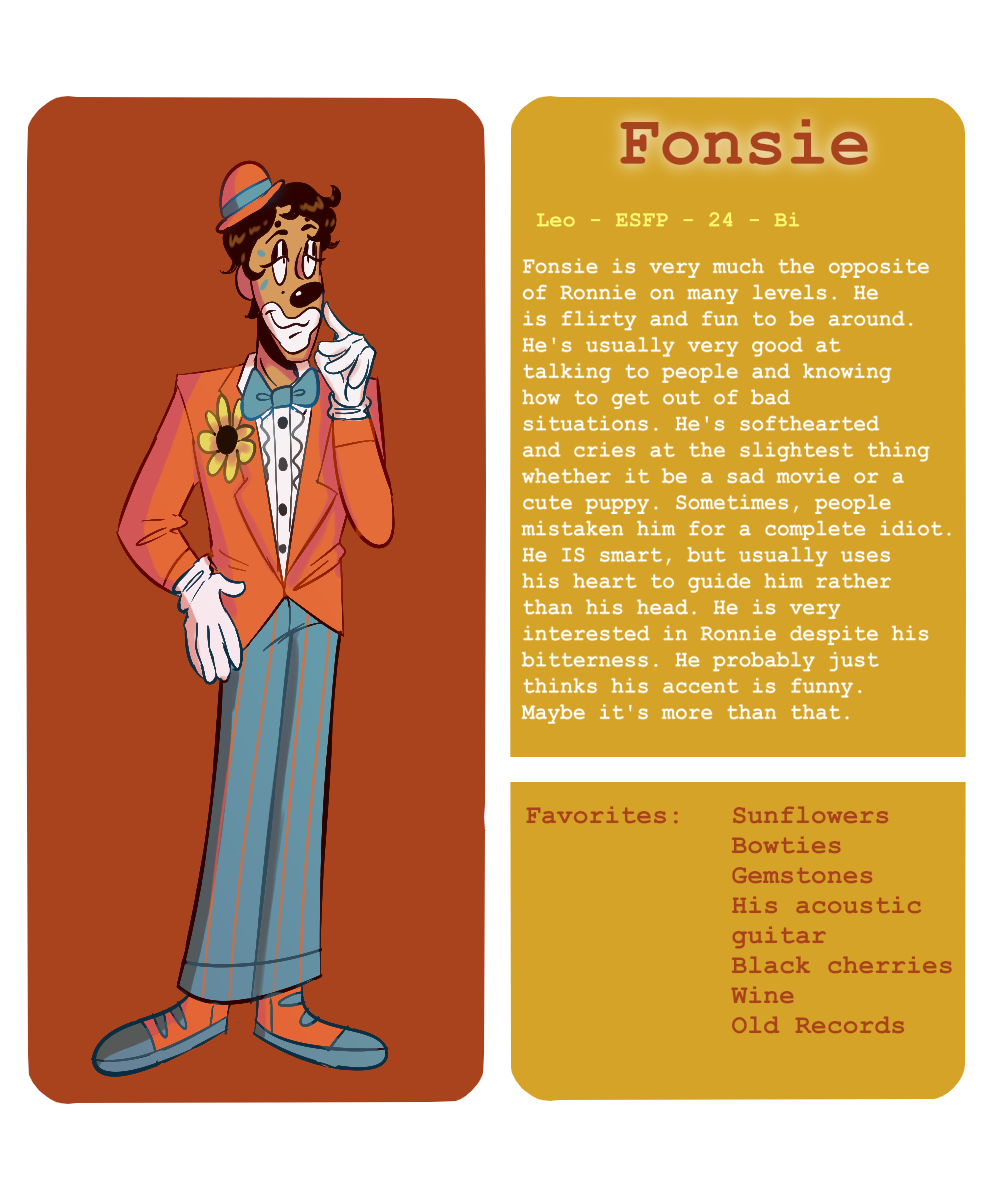 More Info (also a bit of Fonsie and Ronnie's relationship)

Fonsie lived a normal life as a kid. Except his whole family is clowns so thats cool. His family was very supportive and kind. He lived with his mother and his 4 other siblings. He always wanted a career doing something he was happy with, so sometimes he goes around playing his guitar to get some money as a second job. He currently works at a garden shop in his town where he meets Ronnie.

Ronnie seemed like an interesting fellow, so, as expected of Fonsie, he goes up to him and introduces himself (and flirts a bit but thats what he does). Ronnie gets embarrassed and starts insulting him, but Fonsie laughs it off and decides to hang around anyway. Ronnie can't really get rid of him so they end up becoming friends.

Fonsie acts very sweetly towards Ronnie, hugging him and being loving which makes Ronnie question whether Fonsie has a crush on him or not. Fonsie is an odd character because he never really realizes he has a crush on anyone until they point it out and he's like !!!!!!! WOW!!!!!